Protecting your health, wealth, and family.

Insurance can be confusing & costly.
We help everyone from Seniors to Millennials find the right insurance plan.
Request Your Quote Now

how can we help you? Meet The Family Behind The Mission

Mary Martin became a financial planner after 3 years with New York Life, and in 1981 became Vice President, Investments for the next 20 years winning numerous awards with Raymond James and then with Prudential for 4 years.   Mary managed $500 million of assets for private clients during her 24 years and retired early, to return in 2010 as an independent planner and agent.  Now focusing on asset management and Medicare needs for clients. 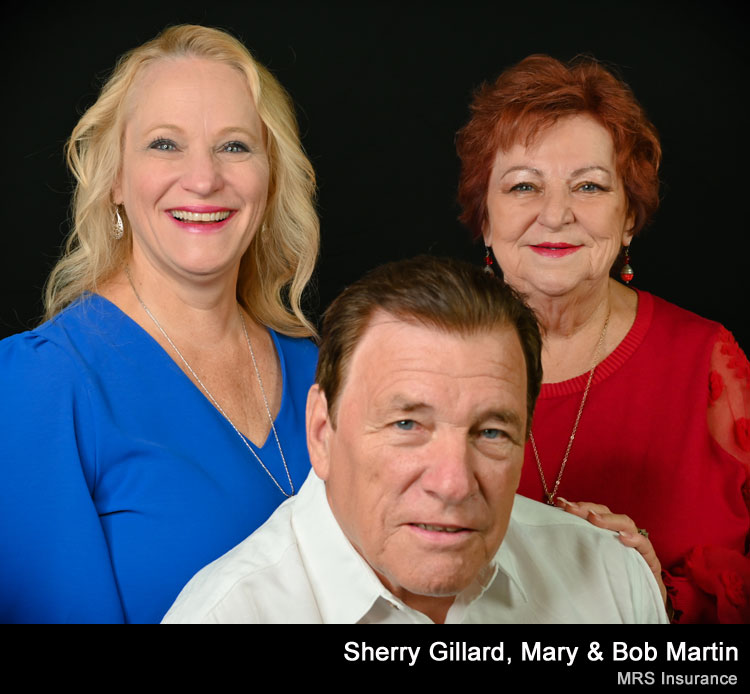 Several years ago, Mary’s husband, Bob, and daughter, Sherry, joined the business and in 2020 they established MRS Insurance with Sherry as the agency principal. Mary & Bob have 8 kids, 10 grandchildren and 1 great-grandchild!

Robert Martin, was a Sergeant in the air force for 4 1/2 years stationed at MacDill Air Force Base,  and  then managed his own music store for many years. He has been licensed for insurance in FL since 2016 and is a great help in the business! Bob plays softball once a week and is an avid golfer for almost 50 years! He also loves sports and music trivia! His grandson even plays in the NBA!

Sherry Gillard, started in the insurance industry in 1997 on the annuity sales desk with Raymond James & Associates and then moved to Chicago with Scudder Investments as an inside VP. After 9/11, she moved home to Niagara Falls, NY and became a Regional VP with US Allianz. She moved back to FL in 2008 and joined the family business in 2017 and is now licensed in many states. She loves helping her clients and she now has 12 agents under her!

why is using an Independent Agency
a safe, simple & convenient choice? Our services are free to our clients and always will be!

We’d love to assist you in finding the right insurance plan that best suits your needs.

Contact MRS Insurance
Previous
Next
Please Note: We do not offer every plan available in your area. Any information we provide is limited to those plans we do offer in your area. Please contact Medicare.gov or 1-800-MEDICARE to get information on all of your options.